where Asbestos was used?

The characteristics of asbestos and the low cost of production have favored the use in many fields and in over 3000 different products. Asbestos was used heavily in industry, construction and transport. 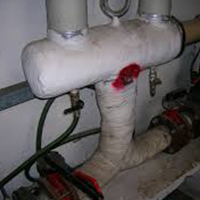 As raw material to produce many artifacts and objects as a thermal insulator in the plants that used (eg. Heating plants and power stations, chemical industry, iron and steel, glass, ceramics and tiles, food, distilleries, sugar mills, foundries) As thermal insulation in the low temperature (eg. refrigeration systems, air conditioning systems) as a thermal insulator and fire resistant barrier in the ducts for electrical systems as soundproofing material 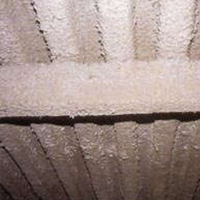 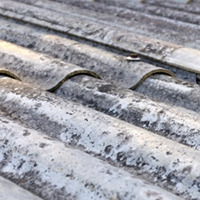 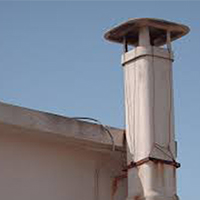 In thermal power stations or in garages of the buildings (also of civil rooms) as material sprayed on metal beams or reinforced concrete, on the ceilings, as a component of the cups that cover the pipes carrying hot fluid from the boiler (eg: heating water) In roofs of industrial buildings or civilians in the form of corrugated sheets or flat concrete-asbestos (eternit) in partition walls or panels in asbestos cement ceilings of prefabricated buildings (eg schools and hospitals) in flues in asbestos-cement 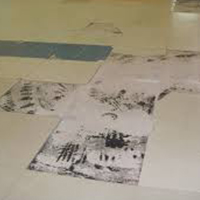 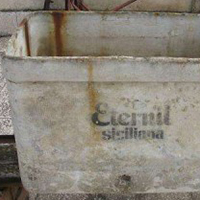 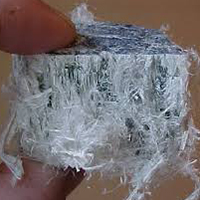 In tanks and pipes in asbestos-cement. In the vinyl-asbestos flooring (linoleum) In the home appliances in some of the old production type hair dryer, ovens, stoves, irons, into the sockets and oven mitts and ironing board covers, in boxes placed for the protection of stoves, boilers, radiators, pipes scavenging

Roofing asbestos-cement. Flues asbestos-cement. Pipe insulation. Boards Insulation Vinyl Floors (like linoleum) The more massive use of asbestos occurred in construction, especially in the period from 1965 to 1983 as-cement asbestos (asbestos). Since 1994, they are no longer produced and marketed materials with asbestos. 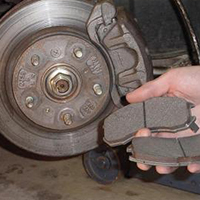 To coat with insulation trains, ships and buses In brakes and clutches in the screens in firewall seals in paints and adhesives "deadening".