a killer who does not forgive: what it is and why sickens 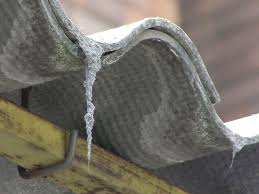 For years it was used to protect homes from heat, insulate boilers, build the brakes of the car, enhancing paint.

The American scientist irvin Selikoff, pioneer of occupational medicine, was the first to demonstrate the dangerousness of this mineral. 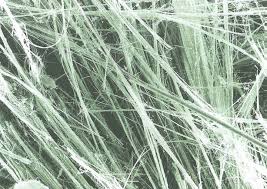 Asbestos is composed by thin fibers of silicon. It has the characteristic to resist very well to fire, high temperatures and acids and for this reason has been employed long as insulation in industry and construction, in panels or in the coating of pipes.

The small size of the fibers, however, favor their dispersion in the air and the inhalation to the lungs, where the fibers stop, causing primarily a disease known as asbestosis, which was the first occupational disease officially recognized in Italy.

Subsequently it has been demonstrated that asbestos is also responsible for lung tumors, being in fact the main cause of lung cancer among those due to work reasons. According to the World Health Organization, already a few asbestos fibers per cubic meter of air can cause a case of cancer of the pleura to 100 thousand people a year. In some Italian buildings there was a concentration of 10 000 fibers per cubic meter.

the damage 30 years after

Irving Selikoff, who died in 1992, made in the sixties a massive study on a sample of 17,800 workers, confirming his belief that exposure to asbestos could cause cancer. Selikoff pointed out that the people who worked in contact with the asbestos even for a period of less than a week, reported signs in the lungs for up to 30 years. Studies of the scientist were finally considered by the institutions. In 1970, the Occupational Safety and Health Administration imposed exposure limits for workers and in 1989 the Environmental Protection Administration issued new rules for the gradual shutdown of the production of products with asbestos. The scientific evidence provided by Selikoff also opened the way to the first legal actionsfor diseases attributed to exposure to asbestos at work.

Outlawed in Italy since 1992, asbestos was widely used, however, until the '80 to produce the mixture cement-asbestos (Eternit). A silent enemy that caused 3,000 deaths each year in Italy. A single fiber of asbestos, in fact, is 1,300 times thinner than a human hair and penetrating into the lungs, can cause devastating cancers. A tragic trend with a peak of casualties until 2015, when the epidemic curve will begin to shrink.